I have successfully registered a US patent (Patent No. 9,525,323) and a Chinese patent (ZL 2016 2 0226692.6), all of which relate to a pendulum-based energy harvester that generates energy for electronic devices.

After living in Beijing, China for two years, I realized that, compared to California, there is substantially less sunlight on a day-to-day basis. Whereas in the United States solar panels provide a reasonable “green” energy option, in China, solar panels are relatively less effective. During my time there, the subway was a preferred method of transportation, and even walking or biking was much more common than driving.

The idea that I developed in 2016 uses pendulums, similar to those found in automatic watches, to generate energy from simple kinetic motion. In an array set up to harvest the energy of multiple pendulums, this would allow a significant amount of energy to be generated from regular daily activities, providing a new source of energy generation, especially for places that lack sunlight! 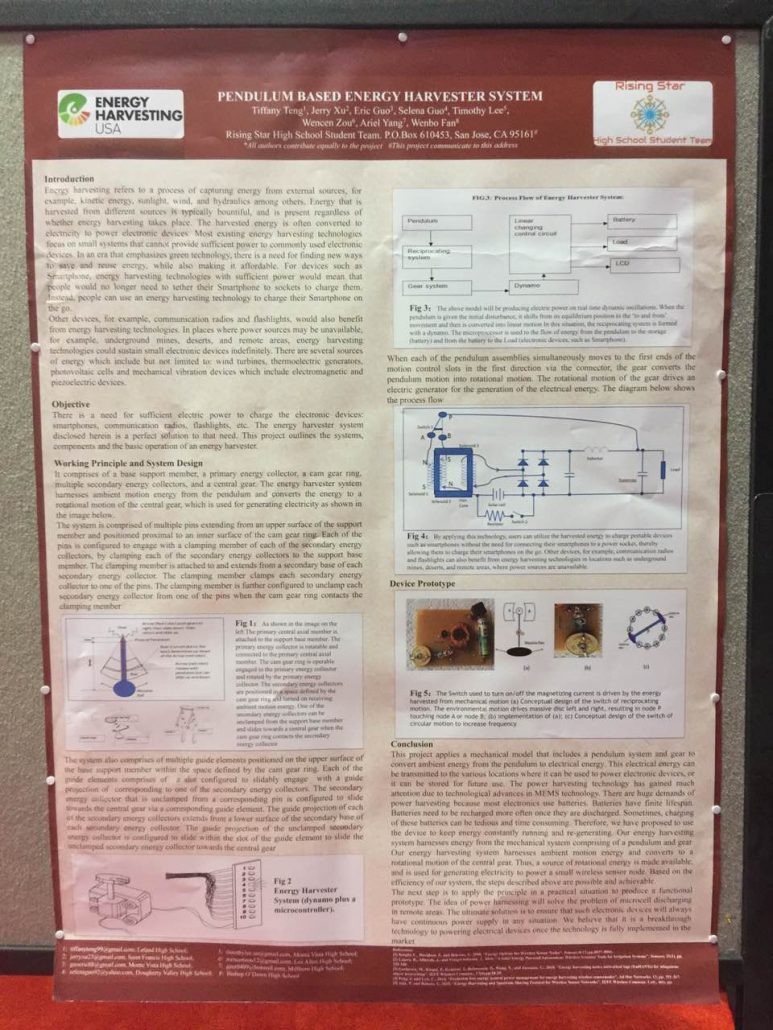